President Roosevelt called December 7, 1941 “a date which will live in infamy”. The attack on Pearl Harbor by the Japanese was the final straw that brought the U.S. into World War II. Guided tours will take you back to this day when you visit Pearl Harbor Memorial. 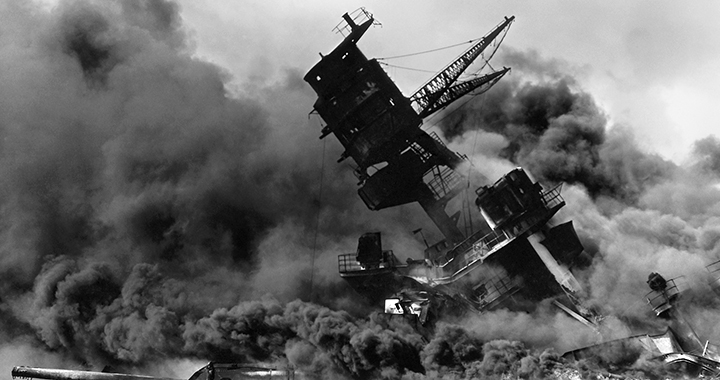 Today, when you visit Pearl Harbor, it’s a tranquil site with numerous memorials.  Of course, the most famous – and most heart-wrenching – of all is the platform built over the USS Arizona, one of many ships sunk by the Japanese.

Visitors access the USS Arizona memorial via a very short boat ride.  When you are on the platform, you can actually see the ship just below the surface of the water. Parts of the ship actually break the surface.  Bubbles and oil still trickle up from the depths.

The USS Arizona memorial is, in fact, a gravesite.  Of the 1,177 sailors aboard the USS Arizona who lost their lives that day, only 105 bodies could be recovered safely.  The remaining sailors – over 1,000 of them –  still lie beneath the memorial. 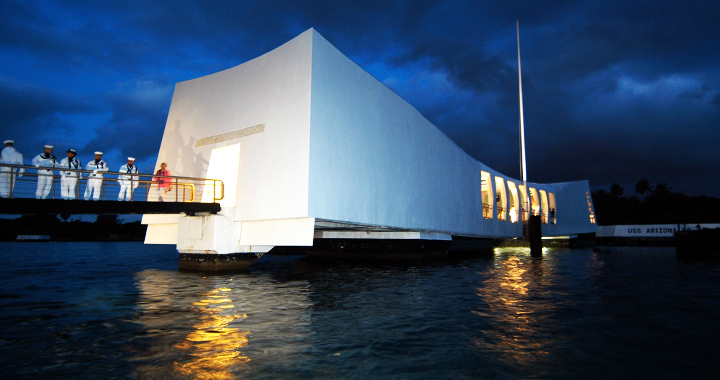 When you visit Pearl Harbor, you’ll have the opportunity to visit several memorials and you can also explore the Bowfin submarine and the Missouri Battleship (on which the peace treaty to end WW II was signed). There is also a new visitor’s center, beautifully landscaped areas shaded by trees, and a refreshment stand.

There is a bag check at Pearl Harbor – no bags or purses are allowed inside for security reasons.  You may bring your camera but not a camera bag.  That means you want to leave ALL your valuables in your hotel safe.  Break-ins at the Pearl Harbor parking lot are, sadly, common.

In total, 2,403 American sailors were killed at the attack on Pearl Harbor. 1,178 personnel were wounded.  Every year, over a million visitors to Hawaii are drawn to the memorial to pay their respects and learn more about this tragic time in American history.

Please note that you must arrive very early in the morning to guarantee a spot in the queue to visit Pearl Harbor Memorial.